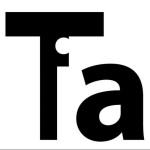 Here are the five myths:

Myth #1: If it doesn’t go viral, it wasn’t worth the effort.

When people think of social media success stories, they usually think of giant campaigns with millions of views, such as the Old Spice campaign or Blendtec’s Will It Blend. Yes, those campaigns were very successful, but that’s the wrong way to think about social media. Social media marketing isn’t about a big one-time hit. It’s about adding value over time. The best campaigns are interesting and unique, disseminate content that passes the litmus test of “would you bother sharing this yourself”, and help you organically grow your audience over time.

Myth #2: My customers are older, so social media won’t work for my company.

Myth #3: Twitter only works for celebrities and big brands.

Sure, Katy Perry, Barack Obama, and Justin Bieber command huge followings, but Twitter can be relevant and valuable even for local businesses that have a small but targeted following. However, to make Twitter matter, you need to make your tweets timely, relevant to your customers, and not entirely self-promotional. Also, make sure that you use Twitter to monitor and engage with Twitter users who reach out to you or mention your company or products.

Several years ago, a lot of big advertisers jumped on the Facebook bandwagon. They spent money on ads to increase their fan bases without really understanding the value of a like or fan – and without even thinking about their return on investment. But when done correctly, advertising on Facebook can help your company increase its online footprint, fans, and customer engagement – for the express purpose of attracting new customers and bringing back current customers more often. It’s also an incredibly powerful tool for encouraging existing customers to refer new ones and to build loyalty to your brand.

More than one post a day is probably too many. Posting too often can lower your overall average of likes, comments, and shares per post. And since Facebook’s EdgeRank algorithm tends to favor posts from companies that have higher engagement rates, posting too often may mean that fewer people will see your future posts.

For a truly successful Facebook campaign, make sure your posts are unique, interesting, and engaging. And always include pictures or links, since these sorts of posts have much higher engagement rates than static text.

How to Start a Social Media Agency Fast!

Is It Time To Forget Social Media Marketing Tips?